Investment in solar energy and renewables provides for an ecological and viable alternative to traditional fossil fuel energy that will reduce your carbon footprint and contribute to slowing climate change. We provide a step by step guide to help demystify the process and get you on your way to grid independence.

There are 3 types of solar systems available

Grid interactive comprises of battery and solar connected to an inverter which is bi-directional.

Bi-directional inverters gives you continuity of power to connected loads even in times of power outages, and will send excess power generated by the solar panels to either the grid, batteries or load.

All our systems are modular in design and can be upgraded at any stage. One can start with a small system and upgrade to grid independence.

We use Schneider inverters for our solar systems for a variety of reasons.

Schneider is a large international company operating in South Africa and has branches in all the major towns. They have a full complement of engineers should one have any technical issues they can be addressed on a local level. Schneider also gives full back-up regarding warrantee and have repair centre’s in South Africa.

All Schneider inverters and products are robust and designed to handle loads in excess of specification.

All Grid interactive inverters can be connected in series or parallel allowing 3-phase power or enlarging the system at any stage.

A typical installation would be as per layout below. 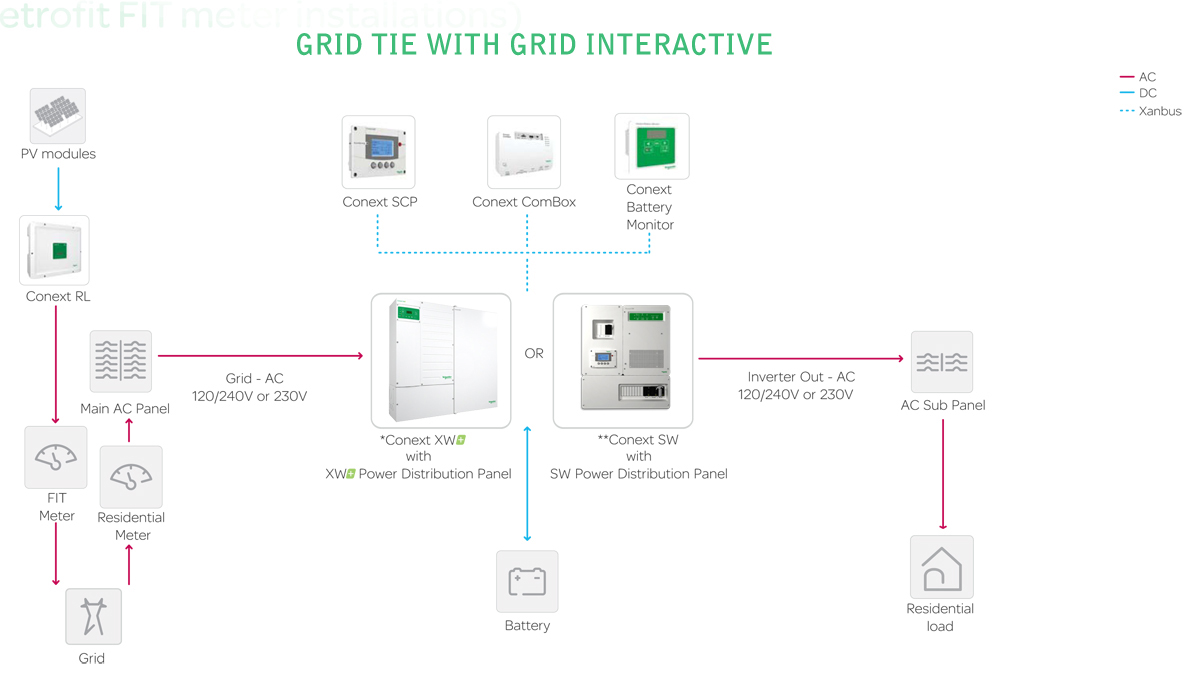 Island systems are installed where there is no electricity supply and total power consumed is generated by alternative means. All island systems will have batteries to store power for 24 hours use.

There are many different permutations in island systems design and the best systems are normally hybrid in configuration. They can consist of solar, wind power with hydro and generator as a back-up.

Below is a typical layout of an island system. 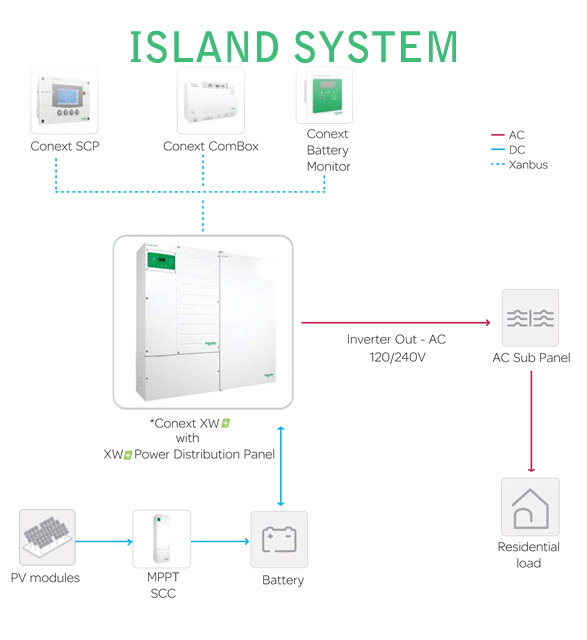 We would love to hear from you! Please fill out this form and we will get in touch with you shortly.